How to get charge your Fitness band

Devices are getting small and small . From small goes into hand and then become wearable as ornaments. So, may be you are carrying a tech piece in your neck or on your wrist or elsewhere. They are become light and petite which you hardly can remember that you are wearing of those .

Like your mobile where you can use other chargers to charge your mobile phones but here in Fitbit you can not do so. It comes with its own type of port from type C to micro USB type . So, once you lost it you have to rush to your Fitbit company and have to purchase those expensive cables or chargers for your Fitbit . There are very less third party options available in market. Do not misplace it . So, it doesn’t matter what is on your priority list you just have to remember that you have to carry your fitbit charger with you so that you do not misplaced it.

Make sure that the charging pin of the cable and the apparatus both have to be clean , do not let dust to stuck their . It will prevent your device and charger from damaging. So, here are the options that will help you to charge your Fitness band. 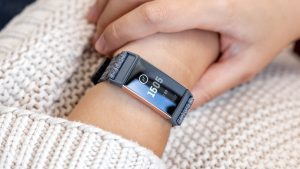 This is a device which is lucky enough to over come the problem of charger lost . For charging you have pinch the clip ok the charging cradle and then you have to lower the device slightly and put the gold contacts on the button of your watch . When your screen lit up then it is charging.

It is also a customize feature for charging your fitbit but it is lesser suitable way then Versa. It has a magnetic cable with magnetic tip .

To charge your Fitness band, make sure that the pins should be aling on to the charging cable . Then allow the magnetic pic to attach to it . The screen will let you confirm that is it charging or not .

For charging this one you have to do some more extra efforts. First remove the device from its strap. Face up the device and charging cradle, you have to make sure that pins should match up with the pins of the connectors.

If you have a fitbit Ace or fitbit alta series device. For this you do not have to use those clumsy charging cable . Actually they have something unique which they called it. They do not have any cable they call it charging tongs. Just out that tong inside the port then close the tong over it . After connection you have to see the display which let you know that is it charging or not .

To charge either of your fitbit Ace 2 or inspire series , luckily it is a simple way to do so. Take the magnetic cable and pin to the port and let them find that . Make sure that it connned successfully by watching at the display where it is showing the percentage or not .

In a way to charge your fitbit flex 2 the first thing that you have to do is to remove your device from the write strap and you have to be very careful so that you can not lose any part of it.

The original Fitbit Charge and the Fitbit Charge HR are now outdated and were pretty much simple way to charge your fitbit. You just have to plug it with the rear port of your fitbit ,make sure they connect properly. The display will let you know that it is charging by showing the percentage of battery on the screen .